Last night I drank enough vodka to fell a Russian soldier. This morning I woke up with a stonking headache. I am assuming that this is a case of cause and effect, unless at some point in the night I got into an argument with Thor and he/she introduced Mjolnir to my head (which is entirely possible: it was that sort of night).

I feel extraordinarily lucky that after a heavy night, generally the worst I have is a headache, general sense of grogginess and new exciting bruises, but I have experienced a couple of the “oh-god-no-the-pain-how-am-I-still-alive” ones. Now seems as good a time as ever to evaluate various hangover cures. I’m sure you’ve got your own tried and tested methods – any suggestions?

NB this is a light-hearted – and lightheaded – article, please drink responsibly 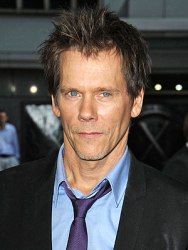 Again, the sugar helps calm your trembling, and the meat and carbohydrates break down into amino acids which your body has lost during the night. Eggs are also great for the ol’ amino acids. Take warning, though, as an egg and bacon butty may not be the way to go if you want to keep your similarly hungover friends. Fried egg spluttering out of a sandwich is not an appealing sight in the morning.

So there you have it. Of course, the best way to avoid a hangover is to avoid drinking in the first place: the NHS choices webpage is a wonderfully disapproving read (though seriously, if you wake up often like this, read the webpage, you may need help).

One thought on “On Hangover Cures”