So it’s now a week or so after New Year – broken any resolutions yet? No? Well done. They say it takes a month for a change to become a real habit, so keep it up and you’ll be flying. You have? Fair enough, you’re only human. Most people finish with their resolutions because they’ve not made them realistic or achievable enough. I’m intrigued by where the idea of making resolutions comes from. It’s one of those things that lots of people do year after year, but to me it doesn’t feel like a historic tradition, like those in my last article.

Let’s go back a bit: to the Babylonians. They made promises to the gods to pay debts and return borrowed objects at the start of their new year, in mid-March. This is a pretty logical time for a new year, considering it’s when they planted new crops and the first signs of the natural world “spring” back into life after winter. I suppose this is why the Babylonians made their promises then: if they’re good and kept them, then the gods won’t get annoyed and wreck the harvest later in the year.

This is a tradition which changes with Caesar and the Romans. One answer to the question of, “What did they ever do for us?” is that they gave us the name of January, after their god, Janus. This double-headed deity looks back to the last season, and forward to the next at the same time. It’s just as well he’s got the extra head, because he’s pretty busy as god of entrances, beginnings, births, war and peace, the morning, any form of transition, and those two-faced buggers that give you grief. According to Wikipedia, the Romans would make promises of good conduct to him on the first day of his month, and exchange dates, figs and honey with each other as signs of good wishes. And January 1st as the first day of the year was set by Julius Caesar, the big dog himself, in his Julian calendar.

“My teacher says she has eyes in the back of her head – reckon she’s related?”
Pic from Irishmegaliths.org.uk

But different countries decided on different dates for the start of their official new year. In medieval England, New Year began on Lady Day, or the feast of the Annunciation (makes sense, it’s the start of Jesus’ presence on earth) on 25th March. In the course of general research I have found that this leads to some confusing dates. For example, Monday 24th March 1615 is followed by Tuesday 25th March 1616 – incidentally the day Shakespeare dictated his will. Pope Gregory XIII decided to sort himself some cross-Europe uniformity in 1583, and most of the continent adopted his calendar, with January 1st as New Year…except for England and Scotland. The new Protestant bishops wanted nothing to do with an innovation imposed by Catholic Rome. Still, it’s a pretty impressive bureaucratic feat. Well done, Gregory; the man who sorted out time across almost a whole continent. 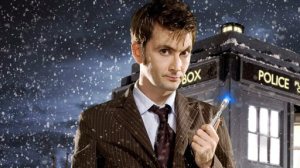 After an episode of stubbornness that would put most teenagers to shame, England adopted the Gregorian calendar in 1752. In order to get in sync, the year was shortened by 11 days, so Wednesday 2nd September was followed by Thursday 14th September. People weren’t happy about this either, and there were riots where mobs shouted, “Give us back our 11 days!” 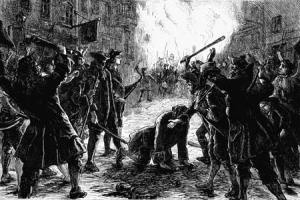 “It’s the 18th century! I need those missing days to drink more gin!”

To return to the point (“there was a point?” I hear you cry), it makes a lot of sense to resolve to better yourself at the start of the year. It’s a bit of a chance for reflection at the end of a finite time unit and to see what you can do differently. But to be honest, I’ve not made January resolutions for a few years now. September feels like a better time for me: I’m only just out of university so I’m used to feeling like it’s the start of a school year in Sept. A time for new pencils and re-invention if you’re going some place new. January – the depth of winter – doesn’t work so well for me, personally. I tried “be more healthy” at New Year a couple of times, but found I actually had much more success in summer than winter when it’s cold outside so I don’t want to go running, and I’d rather curl up with a lasagne instead of a salad. (Lots of other animals hibernate over winter, so why shouldn’t I?)

And those of you doing Dry January? Well done: I bet after the overindulgences of Christmas your livers are thanking you. But I work in a pub. There are fewer shifts for me in this month, so you’re costing me money. I ask you to go to the pub and have a coke. It gives me something to do, and you can test yourself properly by looking at all the lovely, enticing handpump ales we have on offer. Just don’t drool on my bar.

One thought on “On New Year’s Resolutions, and the Origins Thereof”