As I’ve mentioned on a few occasions now, a couple of years ago I finished an MA dissertation looking at Medieval magic trials in the fourteenth and fifteenth centuries (intro here). A lot of people who weren’t face-first in this period of history like me expected to hear me talk about witch hunts and the Inquisition, and were surprised when I said, “nah, wasn’t like that in Medieval England. Much more chill.” Before going into the punishments magic practitioners faced next month, in this blog post I’m going to look a little at the legal framework that kicked off these trials, where I got my info from, and the fact that the “Inquisition” is not quite what you think it is, in England. 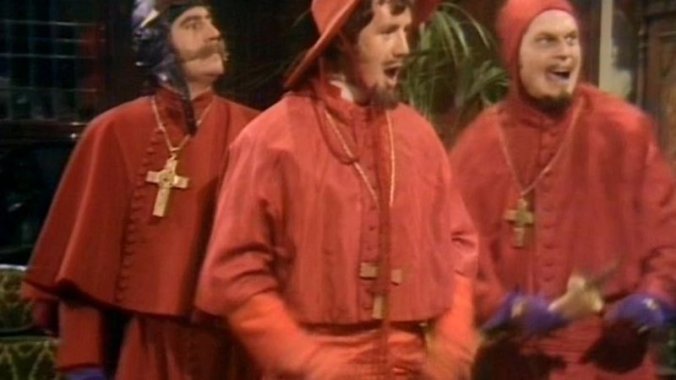 In the middle ages, there were two court systems: church courts and secular courts (the latter headed by the king). The church courts mainly dealt with offences “against religion or the peace of a community”, which includes magic and heresy. Each of the 17 English bishops held a consistory court in his diocese where most trials were heard and below that was a network of tribunals held by monasteries, rural deans and suchlike.[1] Go check out the wikipedia page if you want more details.

Anyway, the records of a bishop’s consistory court was kept in his Bishop’s Register. These Registers also recorded visitations, an occasion where representatives of the bish would visit their parishes and ask certain questions to a group of trusted community reps. Visitations originally focused on the moral upkeep of the parish’s clergy (is your priest good enough? Is the church in good nick?) but in the thirteenth century the church had a sudden reform kick and decided these were good opportunities to check up on parishioners’ moral laxity too.[2]

Pretty much all 47 cases I found came from Bishops’ Registers and other visitation records. The Canterbury and York Society and many local record societies have printed editions of these. I spent a helluva lot of time leafing through indexes in these old volumes. Soothing, yet quite dull after a while. 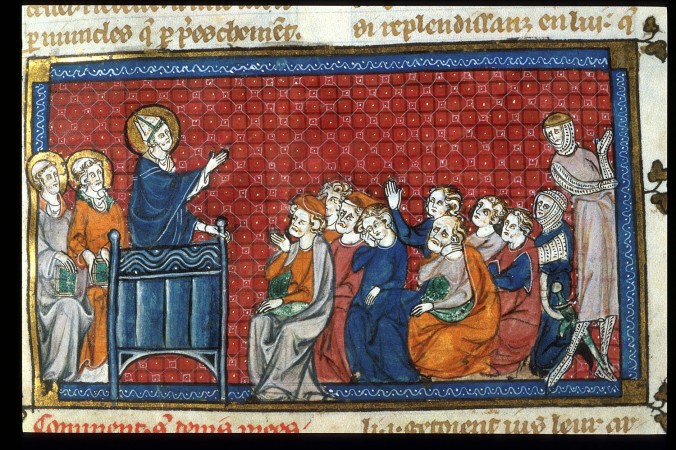 Does anyone know the manuscript this is from? Please let me know!

That’s lovely, you’re all saying, but please tell me about these ways of kickstarting trials in the middle ages that you promised. So I shall. There were three main methods for reporting and dealing with crime in medieval English church courts: accusatio, denunciatio and inquisitio.

Accusatio was the preferred method.  A private person would make an accusation against another which would begin proceedings and lead through to prosecution. Known enemies of someone couldn’t accuse them (hello bias) and there were other restrictions on who women and minors could accuse.[3] False accusations were discouraged because if an accuser was found lying, then they’d have to undergo the punishment that the accused had faced.

Denunciatio could be described as a ‘friendly warning’: an anonymous source brought a person’s (usually a clergyman’s) misdeeds to the attention of the court officials, or a monastic superior, who issued a warning that this rumoured naughtiness needed to stop, lest the accused’s name be tarnished. Denunciatio was based on a procedure delineated in the Gospels (Matthew 18:15), with the purpose of recalling the denounced from sin.[4] If this was ignored, then a formal denunciatio brought the case to the authorities, and the case proceeded as an accusatio or inquisitio prosecution.

The third method, inquisitio, allowed for secret accusations or gossip known as the publica fama in place of an accuser. The idea was that if rumour was widely spread, backed by some indication of truthfulness, or believed by sufficient ‘credible’ people, then it could be just as or even more reliable than a person’s accusation.[5] There’s no smoke without fire, to a degree. Certain conditions had to be met before the publica fama was considered trustworthy: it had to be believed by a certain number of people (not a small group) who were not regarded as habitual liars or ribaldi (that’s all my pals out, then). Defendants could deny any publica fama against them, but they themselves had to prove that it was untrue. Sounds a there’s a fair bit of room for dodginess, doesn’t it?

In an inquisitio case, the judge and court officials investigated an individual and conducted the trial against them.[6] The judge could force witnesses to give evidence, and his officials framed the questions put to the defendant and witnesses.

If the accused admitted their guilt, then they were usually set a public penance or made amends somehow and then was dismissed, promising not to reoffend. Excommunication was saved for repeat or serious offenders, but I’ll go into this in the next blog post.

The inquisitio process should not be confused with “The Inquisition”. 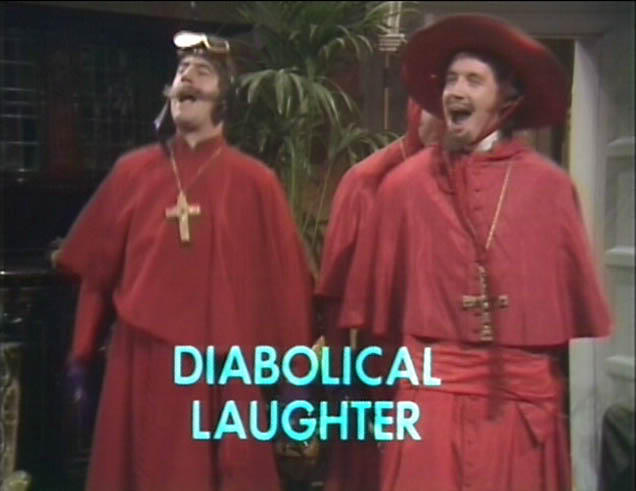 Aside from having ruthless efficiency, an almost fanatical devotion to the Pope and nice red uniforms, the Inquisition as you think of it didn’t exist in Medieval England. And, furthermore, though some historians see the capitalized ‘Inquisition’ as an omniscient ‘central intelligence agency’ based at the papal curia, this does not appear to have been the case either. [7] True, there was a central office in Rome, and the papacy appointed inquisitors to investigate the specifically-defined crime of heresy, and related crimes which including blasphemy and witchcraft, in different areas across Europe, but the individuals’ methods and zeal varied enormously. They were more like offices under a larger overseer. And while men were appointed to investigate heresy in England, there was never the same amount of inquisitorial activity here as on the continent. This could be due to a lack of proper widescale heresy (unlike in Europe, with Cathars and Waldensians and the like), and the English church’s habit of only utilizing procedures it considered useful to its own circumstances. I’ll be honest, it’s too complicated to quickly do an overview here, so I’ll just direct you to wikipedia, or a couple of references below in the footnotes.[8] Who knows, I might do a post on this soon.

And, sorry to further burst your bubble, but the famous Spanish Inquisition was actually independent of the pope. It was formed in 1478 under the Spanish royal family. They did have rather natty red uniforms though.

Finally, the inquisitio process wasn’t exclusively developed for heresy trials. As I’ve described it, it was used for all sorts of cases because it was a means of starting off proceedings. Indeed, as historian Henry Kelly writes, the inquisitio procedure was fairly unsuitable for heresy prosecutions, with many recorded abuses occurring because unscrupulous heresy investigators found it difficult to abide by the rules, resorting to ‘fishing expeditions’ in an effort to have the accused incriminating themselves.

People investigating magic in England were much more chill than the infamous Spanish Inquisition anyway. Tune in next time for how the people in my cases were punished for practising magic.

[6] Henry Ansgar Kelly, ‘Inquisition and the Prosecution of Heresy: Misconceptions and Abuses,’ in Inquisitions and Other Trial Procedures in the Medieval West (Aldershot: Ashgate, 2001), 446.

One thought on “Nobody Expects the English Inquisition”